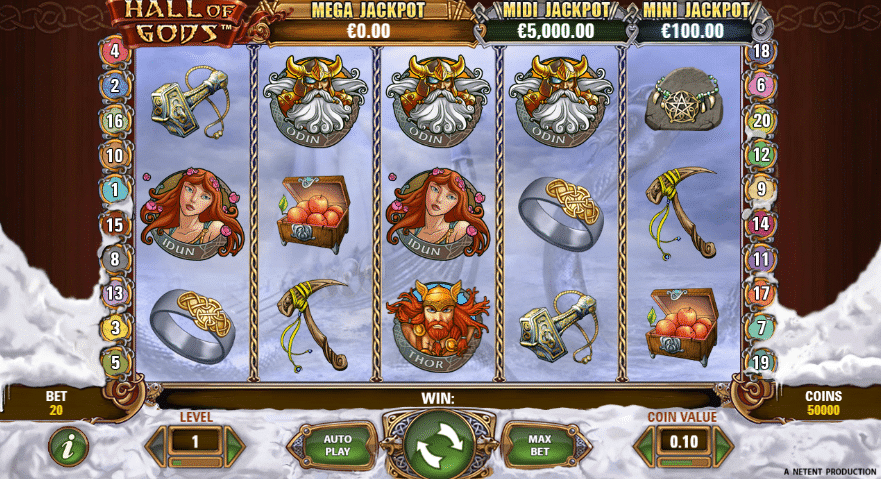 Hall of Gods is an exciting Viking mythology-inspired online casino slot packed with bonus modes featuring 3 progressive jackpots. It offers 5 reels and 20 bet lines. It also has a free spins mode as well as the Skill Stop bonus game, which offers incredible potential winnings thanks to its progressive jackpots. With an RTP of 95.7% and a medium volatility level, it is easy to see why this slot is so popular. So, read on to find out more about Norse mythology. 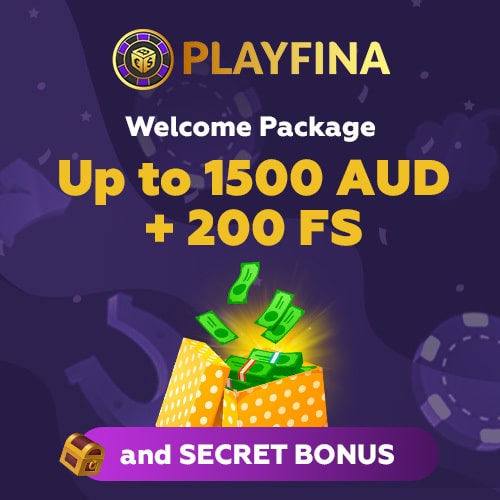 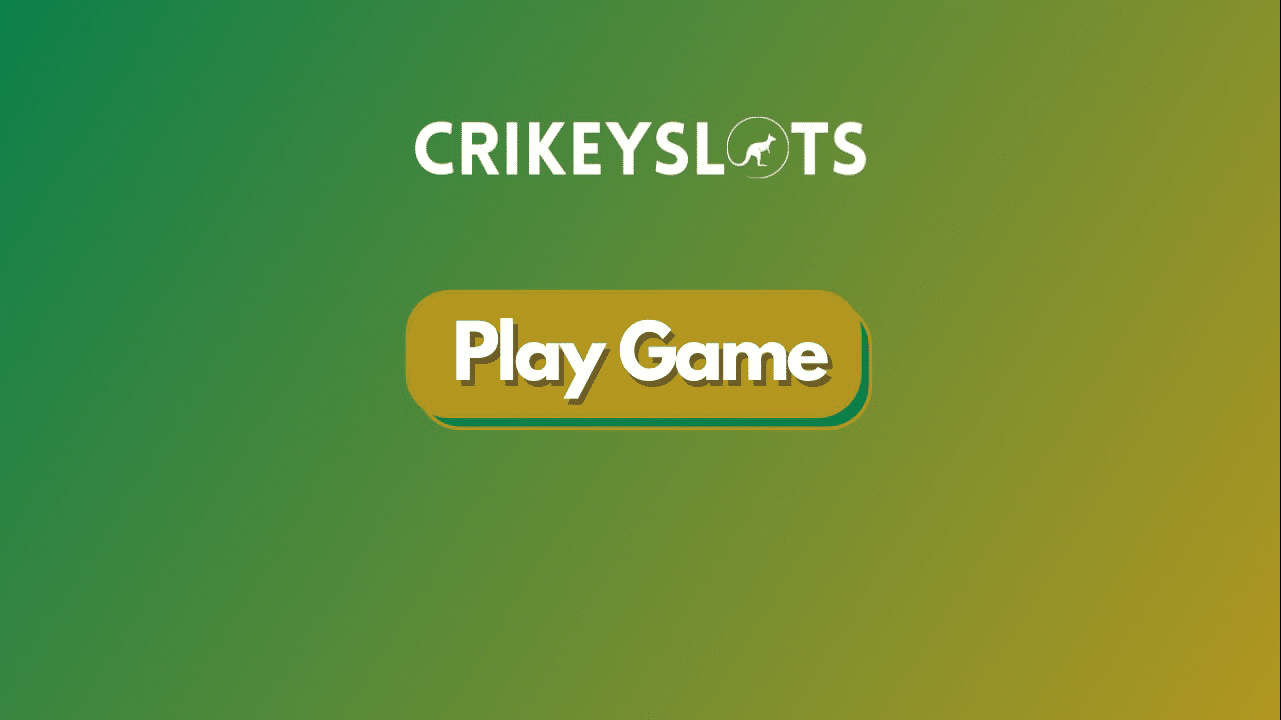 What is Hall of Gods?

NetEnt created and released Hall of Gods back in 2010. Despite being one of their oldest games, this slot offers outstanding gameplay. The game’s soundtrack and graphics are all superb, and there are some nice animations. There are also enlarged wilds, three multiplier free spins, and a pick feature with cash rewards to be won.

The return to the player (RTP) is 95.7%. With medium variance, this is a convenient game where you can anticipate earning decent amounts along the way as you work your way towards the massive Mega Jackpot. Each free spin may result in prizes of up to 4,314 times your stake. Thanks to HTML5, the Hall of Gods slot is now available to new casinos.

The storyline of the Hall of Gods Slot

The Hall of Gods is a fantastic online slot with a captivating storyline. All the symbols in the slot are based on Norse gods’ mythology, and you’ll see figures like Thor, Idun, Loki, Freya, and Odin and artwork like scrolls and Viking knots. The game’s golden colour scheme gives it a sense of significance. To add to the Viking invasion concept, a ship is in the backdrop.

How to play Hall of Gods

Bets for Hall of Gods range from 0.20 to 50 coins. To select the most suitable value for your budget, choose the bet level, between 1 and 5, and the amount associated with each coin. This can range from a minimum of 0.01 to a maximum of 0.50 coins.

As always, the Max Bet button allows you to bet 0.50 coins with a single click. Yet, playing in Autoplay will enable you to spin the reels 1,000 times without interruption. Advanced settings also allow you to introduce maximum win/loss limits and maintain full control of your account at all times. Indeed, Hall of Gods also runs smoothly on mobile devices, such as mobile phones and tablets.

Like most Net Entertainment slots, Hall of Gods offers some fantastic casino bonuses. Let’s start by learning about the powerful symbols to help you achieve your objective. The Wild is the Midgaard Serpent, while the Scatter is a more sinister silhouette of two of Odin’s ravens against the moon. Thor’s hammer and shield are significant bonus symbols.

The wild symbol, the Sea Dragon, is automatically activated during the game. It can take the value of any other symbol except the Scatter and Bonus symbols in creating a winning combination. Another rule regarding the Wild symbol is that if it appears on reels 2, 3 or 4, it expands to the rest of the reels. Thus, increasing the chances of obtaining winning combinations.

Finally, a “Pick Win ” feature in Hall of Gods appeals to many players. It is winnable by landing three of Thor’s Hammer icons anywhere on the reels. It can also help you win one of three progressive jackpots.

Hall of Gods’ Scatter symbol, the Raven, is the symbol that triggers Free Spins if 3 or more of these symbols appear on the reels. The number of Scatter symbols also determines how many free spins the player will receive. The more scatters you land, the more free spins you’ll receive:

A new Free Spins mode can also be activated during a free play session, with the same rules as the standard game mode. All winnings are tripled during free spins, thanks to a 3x multiplier. You’ll gain extra free spins if you get three or more Odin’s Raven symbols. This might result in 40 free spins. The Expanding Wild feature is also applicable here, allowing you to play with three wild reels on each free spin.